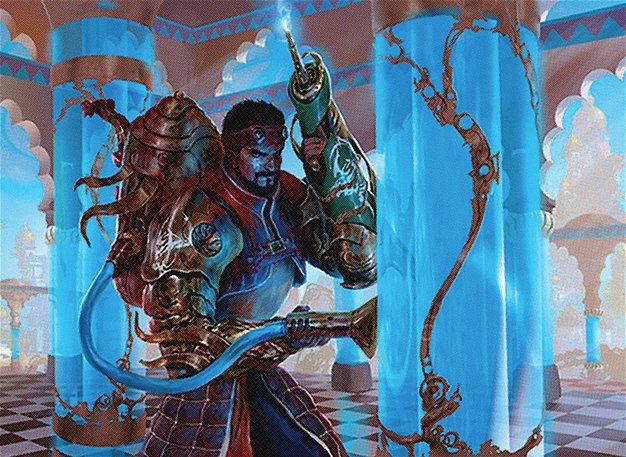 The main goal of the deck is to amass an absurd amount of energy counter by various ways, like

Aether Theorist, to then cast the biggest fireball ever using

If you can’t get big on energy, you also have an aggressive plan using

Thriving Rhino, alongside with

Bristling Hydra, who can protect itself while growing more and more.

If you need some removal, you can use your

Harnessed Lightning to blast any creature on the board. And if all your energy plan got countered, you just can use

Nissa, Vital Force to crush your opponent under the power of your lands.

You may say: “this deck seems well but playing three colors is hard in Primordial!”. Wrong! In this deck you got four copies of

Attune with Aether, wich is gonna fix your lands drops while powering up your energy!

In the side, you got some

Appetite for the Unnatural to deal with annoying spells or permanents. Two copies of

Dynavolt Tower can be used as a third Aethertorch Renegade against interactive matchups.

Credits: find all the scientists papers from soulsR and others on our Discord server. Art by Johann Bodin for Wizards of the Coast. Image from Scryfall.