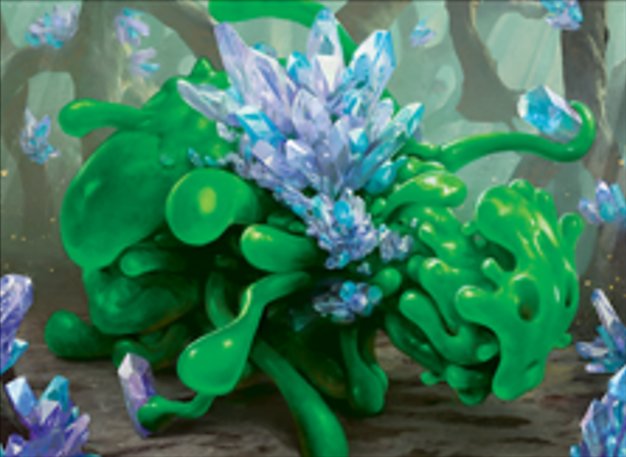 I really love pumping my whole board. That’s why I love Ikoria. But big creature cost lot of mana, so why don’t reduce their cost? Today, we’re looking at

Umori, the Collector, a new companion from Ikoria for our third episode of : Companions breaking Primordial!

Mutate, a new mecanic from Ikoria, allow you to turn small, little frogs like

Gemrazer! All you need to do this, is small creatures, like Pollywog or

Essence Symbiote or even

Zagoth Mamba, then start to cast mutate on it, with the help of

Start off by a

Migratory Greathorn to ramp into more lands, wich mean you will be able to cast your big mutate faster! You can then cast

Cavern Whisperer to give your beast some form of evasion to deal more damage!

Gemrazer also have a nice evasion ability, so you can play it even if your opponent don’t have any artifact or enchantment! If you have nothing good to play, Umori is here, from the sideboard, to give you a nice creature with good stats, on wich you can mutate for a cheaper cost!

To close the game,

Auspicious Starrix will flood your board of so many creature that your opponent won’t be able to handle them all! Do you need some removal with added evasion on your biggest creature? Flash in

Dirge Bat to remove even Planeswalkers!

In your sideboard, you have access to a good number of creature to solve various problems.

Archipelagore can be used to deal with blockers, while

Boot Nipper is an early drop that can efficiently be used against aggro or midrange.

Chittering Harvester is good if you need removal.

Wingfold Pteron can give itself hexproof to prevent all your work to be destroyed.

Credits: find all the scientists papers from soulsR and others on our Discord server. Art by Jehan Choo for Wizards of the Coast. Image from Scryfall.