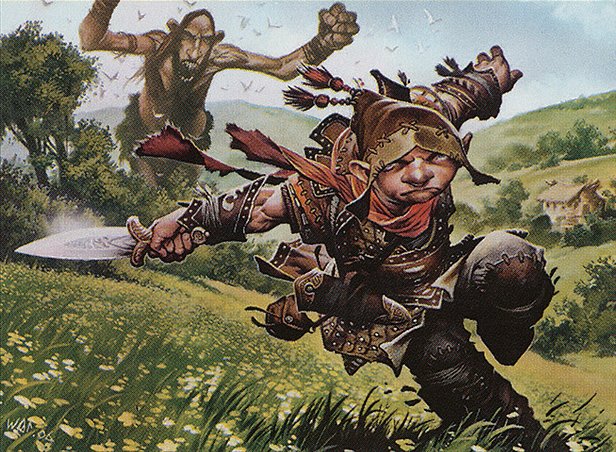 After weeks of control decks, here is an aggro deck, and a tribal one!

All of your 2-drops are going to have quite some quite good stats, and help pressuring and taking over the board, as they buff themselves or other creatures, whereas

Surge of Thoughtweft is going to surprise your opponent when you will go for lethal or start some trades.

Oblivion Ring give you ways to keep in check dangerous permanents while you set up your board, whereas your other 1-drop,

Goldmeadow Stalwart, gives you a 2/2 for 1 freely.

Dawnfluke may give you an edge against red-based removals.

Thorn of Amethyst shall be a pain for decks with few creatures, and more copies of

Credits: find all the scientists papers from Aliquanto and others on our Discord server. Art by Wayne Reynolds for Wizards of the Coast. Image from Scryfall.