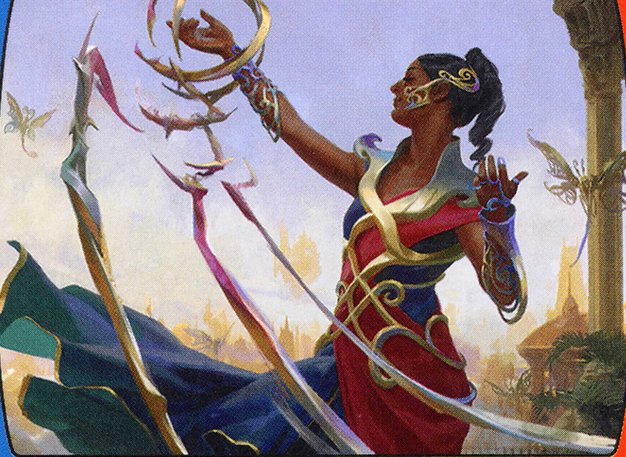 Scientists Papers 23: War of the Spark – UR – Control by Aliquanto

WAR offers some powerful cards, such as uncommon PW, but also

Chandra’s Pyrohelix, a metacall to beat creature decks that may come back in the meta with the return to x4 commons. Besides, as a burn spell, it’s never really dead and can at least help closing the game faster.

The deck offers a proactive gameplan and value thanks to the uncommons and rare/mythic, mainly PW.

But before you kill your opponent, you have to slow him down:

Kasmina’s Transmutation help dealing with bigger creatures, split to offer more options in the maindeck and make good use of the looting abilities in the deck if needed (also because there aren’t that many more good maindeckable common cards), while

Callous Dismissal works perfectly in a tempo plan to take the board while getting rid of any nonland permanent for one turn.

Erratic Visionary rounds up the curve, giving something to do on turn 2 when you don’t have to be reactive, and helps grinding into the late game if needed, while enabling to play some potentially situational cards in the maindeck.

Contentious Plan is the spice to activate PW one more time, and provide synergy with the non-creature spells triggered abilities. In the SB, more copies of the maindeck interactive spells to optimize your interaction if needed (also because there isn’t that much more choice as far as good common interactive spells are concerned), and an “anti-control” package:

Narset, Parter of Veils and

Read the complete primer for the deck here.

War of the Spark – UR – Control by Aliquanto

Credits: find all the scientists papers from Aliquanto and others on our Discord server. Art by Wesley Burt for Wizards of the Coast. Image from Scryfall.